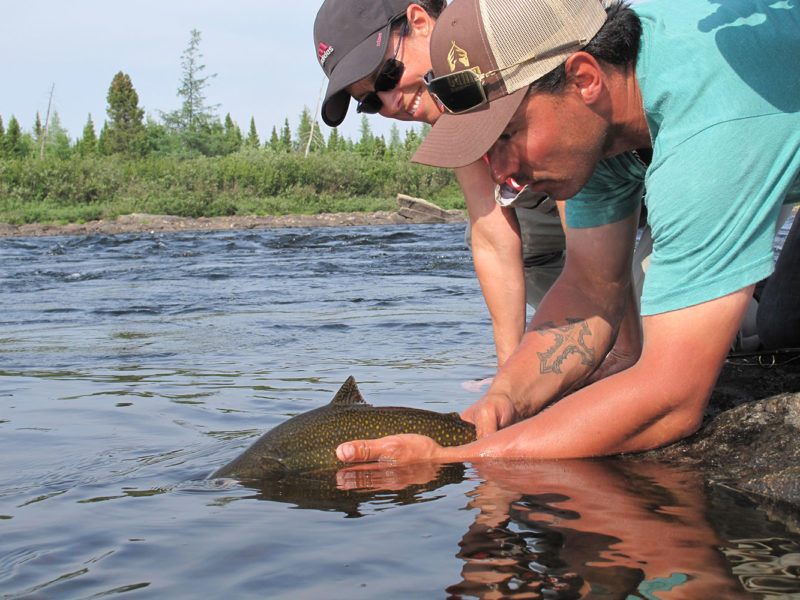 Catch and release (or non-retention) is actually a widespread technique used by anglers. Why? For many reasons, actually, such as compliance to a fishing regulation, concern for conservation… Or for a simple distaste for fish.

Catch and release simply means that the angler releases his or her catch in conditions that will allow it to survive.

A few simple precautions and the application of sound release practices (in French only) will greatly reduce the risk of injury. Because, let’s face it, a fish that suffers a deep wound and bleeds profusely is often unlikely to survive.